Your 16 questions about how bowl games actually work, answered

Share All sharing options for: Your 16 questions about how bowl games actually work, answered

Short answer: A postseason exhibition that counts. College football is all oxymorons from top to bottom.

Long answer: College football started decades before the 1906 formation of the NCAA, the governing body that later instituted postseasons like March Madness in other sports. So the slapdash, longtime regional sport’s postseason had the silliest evolution imaginable.

2. Why are there so many bowl games?

Over time, there have been many answers. The shortest answer, these days: Disney makes money off them. ABC and ESPN broadcast almost all of them, including the whole New Year’s Six, and ESPN even owns about a third of them outright.

3. How many bowls are there these days?

There are 40, if you count the National Championship. That number is actually a little down. R.I.P. to the Poinsettia.

4. Why do bowl games have such wild names?

I mean, would you want your company to pay money to sponsor the Dahlonega Bowl between two 6-6 teams on a December weekday at 1 p.m. ET? Somebody has to.

The 62 silliest bowl game names of all time

5. When do bowl games get announced?

They flood out in random bursts throughout the December Sunday right after conference championship weekend. The whole bowl schedule’s usually spackled into place by that evening, hours before an authority like the Football Bowl Association announces the full list.

A few will also leak before Sunday, perhaps games involving independents Army or BYU, who sometimes have special deals of their own.

Short answer: a combination of the bowls and the teams themselves, with conference oversight. The bowls want the most profitable teams they can grab, teams want the friendliest destinations (usually in terms of prestige, financial payout, and fan proximity) they can claim, and deals get wheeled during a frantic close.

A longer answer that you can skip if you want:

7. Are bowl seeds based on records?

Not really. Bowls want to make money and will sometimes pick a more popular school or more excited fan base over a team that won more games.

In response to my weekly bowl projections, fans often ask: why are we projected below a team we beat? My answer is almost always: their fans would buy more tickets.

Some conference rules prevent winning teams from falling too far, like the ACC’s rule that ensures its conference championship loser doesn’t fall past its middle group of bowls.

The NCAA has never had much to do with the FBS postseason. It handles general eligibility paperwork, but the whole thing isn’t like the FCS playoffs or other college postseasons.

How to start a new bowl game, in 9 simple steps

10. How do bowl game payouts work?

Bowls pay conferences, and conferences divvy that up among member schools. Each game hands out six- or seven-figure payments. Short rule of thumb in most years, with some obvious exceptions: the closer to the title game it is, the more money it likely pays out.

11. Do players get paid for bowl games?

College athletes making money for an extra month of labor? Be serious. They get Best Buy gift certificates and hats and so forth.

12. Is that why players sometimes skip bowl games?

A few players, typically ones with injuries and NFL futures, skip bowl games each year. The smaller bowls are usually big deals for small schools, and the big bowls are big deals for almost everybody. So when a big school winds up in a middling bowl, you’re a little likelier to see a player sit out.

A misconception. A few do, but not as many as it’s made out to be.

Most view participating in the postseason as a branding necessity. Also, most coaches like having 15 extra practices (and getting paid school bonuses for making the postseason).

14. Which teams get to make bowl games? What if there aren’t enough?

Bowl eligibility is for teams that have .500-plus records, which almost always means at least six wins.

Teams that play 13 games and finish 6-7 can apply for waivers. If there aren’t enough teams, the NCAA awards eligibility to some 5-7 teams, based on Academic Progress Rate scores.

15. How many fans actually travel to these things? 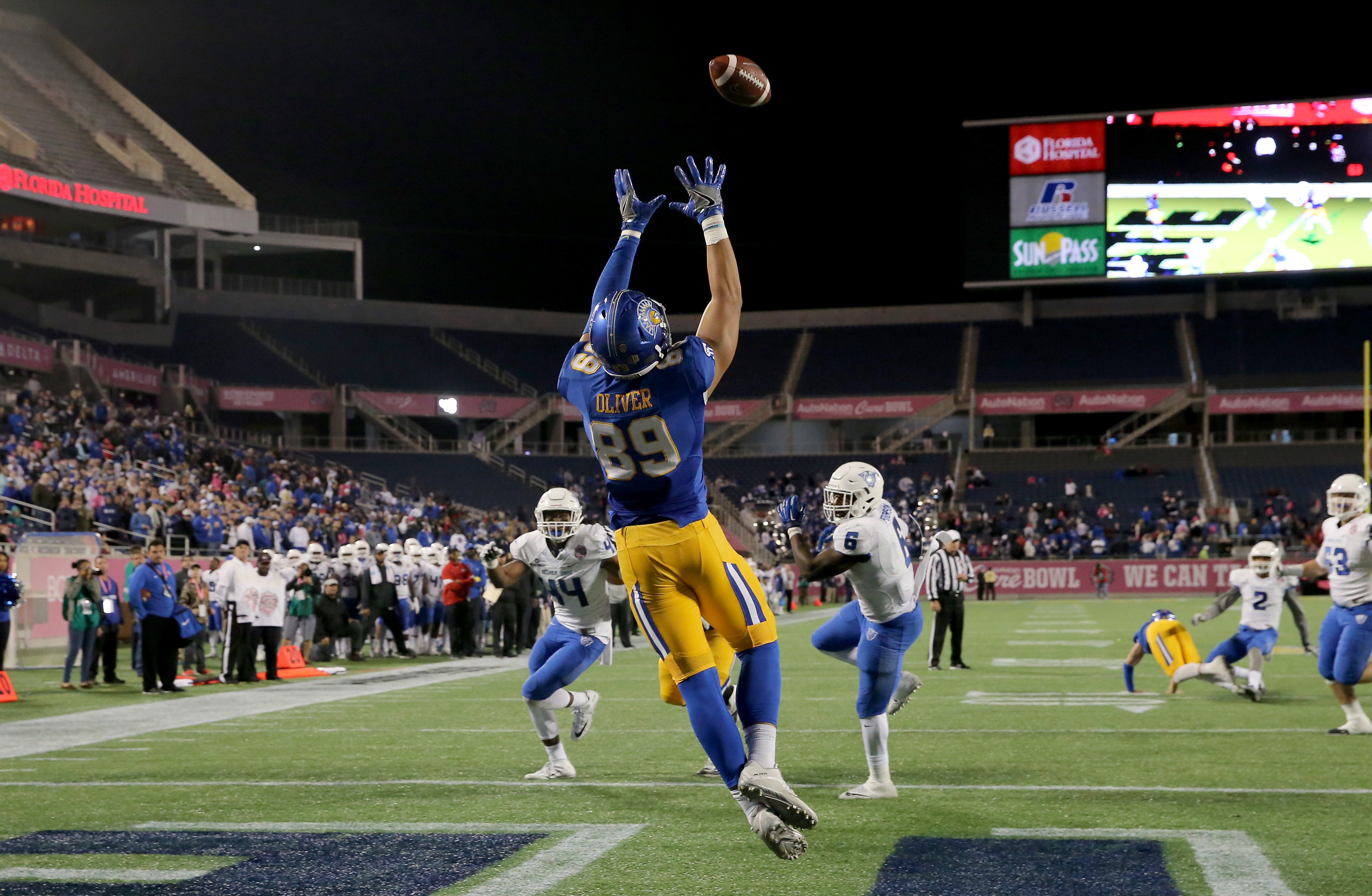 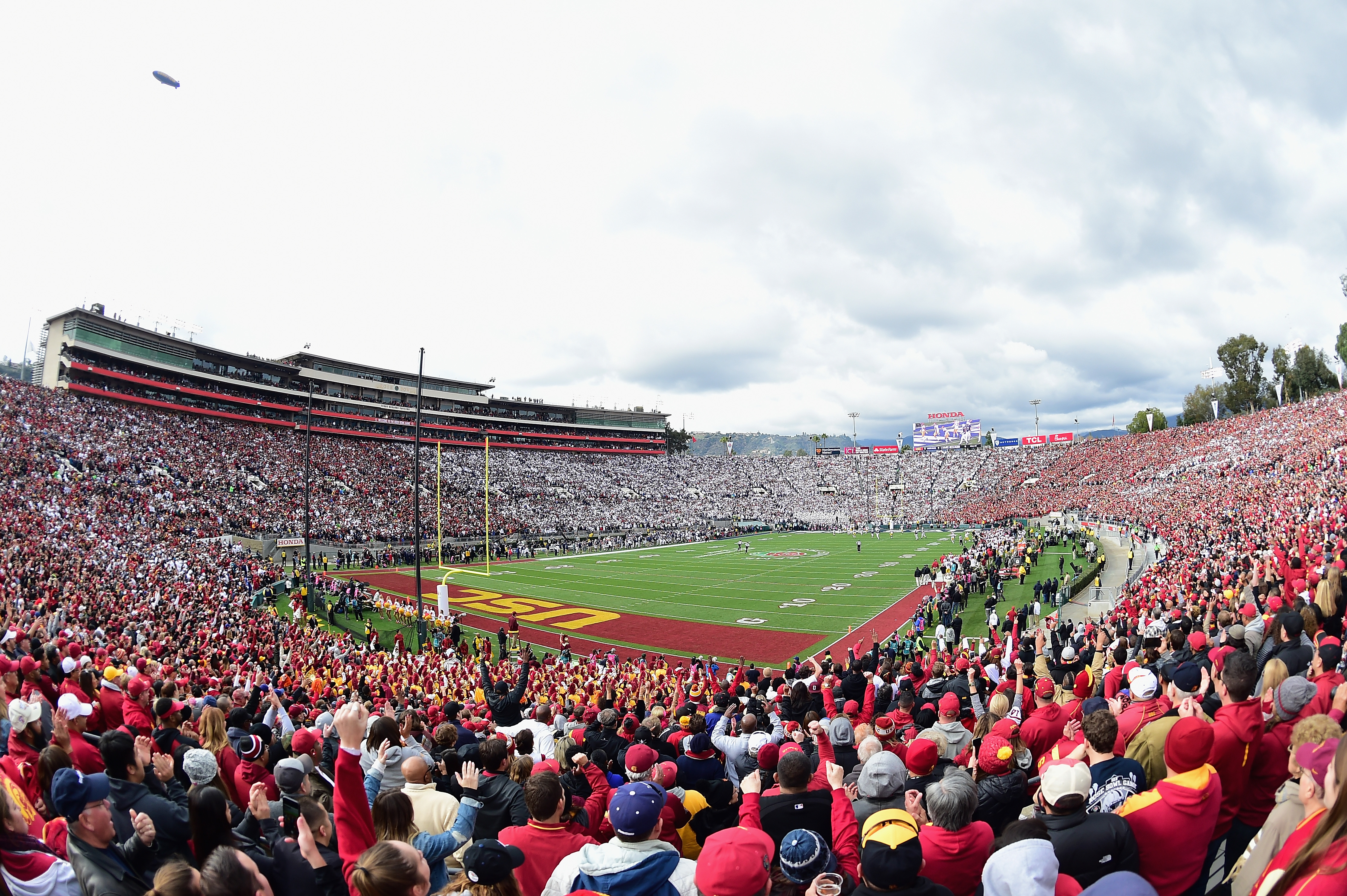 The 2015 Cure Bowl, perhaps the worst bowl matchup of all time, vs. the 2017 Rose Bowl, the best sporting event I’ve ever been to
The Cure Bowl and The Rose Bowl

16. Do people complain every year about there being too many bowl games that reward mediocrity and hand out trophies for no good reason, then quietly enjoy watching football in the middle of the afternoon on a Thursday?

Next Up In Bowls